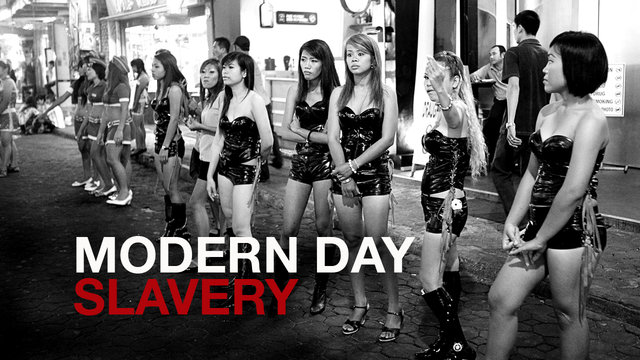 Samaritan’s Touch was born on June 29th, 2008 through an article in the Houston Chronicle. “CRACKDOWN ON HOUSTON SEX RING FREED 120 WOMEN“

Just that morning in Sunday school we had read an article that confronted the class with the question, “Why isn’t the church doing more to help the victims of human trafficking?” Twelve hours later, as I read the last paragraph of the article above describing how the 120 women who were rescued from sex slavery in 2005 were still struggling for survival, my heart was torn with the enormity of their pain and the realization that people making a commitment to demonstrate love could dramatically change lives crushed by pain. That night, watered by rivers of tears, the  the seeds of a vision for Samaritan’s Touch were planted in my heart.

Since the birth of the vision, God has opened a variety of doors and initiated relationships that have verified not only that the need is great, but that Samaritan’s Touch brings missing pieces of support to the existing programs which provide recovery services to victims.

In 2008, the ministry of Samaritan’s Touch was initiated when the YMCA International introduced us to a survivor of domestic servitude. Originally she had come to the United States from India to be a nanny for 6 months. Paid only $400 per month to work long hours caring for children, home, and cooking she went seven years of hoping through broken promises to see her husband and son again.

In 2008 she was freed by the FBI. Charges of human trafficking were not filed against the family, but the wounding of being used hard and of being separated from her family for seven years was real. Over the months and years that followed she became a Daughter-by-love as we came alongside her and loved her. We discovered the challenges, and joys, of teaching English, reading, American culture, and helping with many little things like learning how to use a bank account.

The YMCA International initially provided an apartment and legal support that enabled her to get a T-Visa, a Green Card, and her first job. Efforts were initiated to bring her husband and son to join her in the United States, but the process took five years. The last 14 months before they arrived we had the joy of her living with us as we planned and prepared for her family to arrive. Apartment furnishings were collected from family and friends to fully prepare an apartment for their arrival in 2011, twelve years after she left them to come be a nanny in the U.S.

It’s been an indescribable joy to love and hold her up since 2008 and a special joy to have a new grandson to challenge and encourage as he builds his future in the United States.

In late 2009 the YMCA International introduced us to survivor of job trafficking. He had come to the United States three years before after paying $20,000 in India to get a job that was promised to be very profitable. The job ended up being far less than promised and eventually he and over 200 other men broke away from the company and marched on Washington D.C. to draw attention to what happened to them.

At the time, in 2009, he was looking for a job in Houston and needed a place to stay for a month. The month turned into 4 months before he finally found a good job. In the meantime he had become a Son-by-love and began telling his many friends and family in India about his new “Mam & Dad”. The common response from sending our picture was the comment, “You have a WHITE Mam & Dad??”

Nine months after he came into our lives, his wife and three children arrived in Houston and began a new life. We discovered with laughter and surprise that the three kids, now adopted-by-love grandkids all called us “Mam & Dad”. Though they all became a part of our family, our sponsorship of them has required less. They have had support from the extended Indian community and good paying jobs. We are excited to see them firmly founded in their new lives.

We hope you will join us and discover the joy of becoming a Sponsor for a Survivor. There is a growing need for more Sponsor families as there is an exciting growing success in freeing more victims of human trafficking. There is a Survivor that needs your love!

Join the Samaritan’s Touch Sponsor Team by sending us your information through the Contact Us page.

We look forward to seeing your life blessed as you bless a hurting heart!

YOU are needed! YOU can help!

Make the decision to make a difference in someone’s life!
Choose to be a SPONSOR Family for a Survivor of Human Trafficking